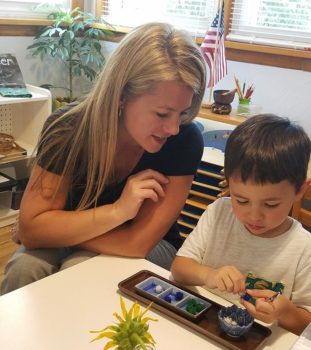 Nicole Fox has been the owner of Eastlake Montessori since 2017. Her love of Montessori began in Cincinnati, Ohio when she became the director of Montessori Center Room in 2001. Born and raised in Cincinnati, Mrs. Fox moved to Denver in 2013 for her husband’s career and loves living in Colorado. She earned her Montessori certification from The Montessori Education Center of the Rockies in Boulder in 2017. Mrs. Fox has three children: Chloe, Gavin, and Lincoln. Gavin and Lincoln attended Eastlake for preschool and Kindergarten and it was a gift to see them thrive in the Montessori classroom. Mrs. Fox enjoys spending time with her family, watching sports, being outdoors, and walking her dog, Ruby 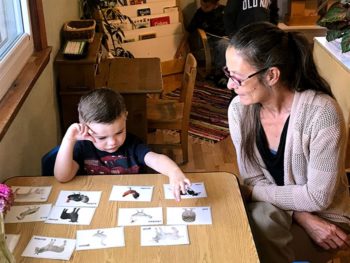 Nancy Daguerre started her relationship with Eastlake Montessori when her daughter attended in 1991. During her son’s years at Eastlake Montessori she started helping out as a lunch mom and was the Friday sub as well. She continued to fill in for teachers even after her children had moved on and when an assistant position became available in 1999 Ms. Daguerre was hired full-time. She loved it so much she went through Montessori Training at The Montessori Education Center of the Rockies to become Montessori-certified. She has 2 grown children and a grandson. Her hobbies include gardening, beekeeping, and soap making. She enjoys cooking and learning as much as she can about honey bees.

Shakira joined the EMS staff in 2014. Her two children attended EMS. She loved it so much she didn’t want to leave! Shakira has a BA in English; creative writing from Colorado College and completed her Montessori training from Montessori Education Center of the Rockies in 2015. Her hobbies include spending time with her family, hiking, travel and photography. 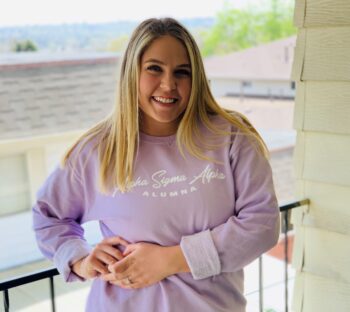 Chloe Carr is new to Eastlake Montessori this year and is very excited to be here. She graduated in May 2020 from the University of Northern Colorado, with a degree in Early Childhood Education. During her time at UNC she was involved in a sorority- Alpha Sigma Alpha and she also worked in a childcare center for 2 years. Mrs. Carr has two wonderful brothers, the cutest German Shepherd puppy and an amazing husband- Casey. Mrs. Carr is thrilled to be at Eastlake and cannot wait to get to know all of the wonderful families and children.

There are no upcoming events.